OMG. It's been a spring for the record books. Let's have a quick little run-down, shall we?

March: Bariatric surgery for me. No cycling for a month thanks to an overzealous husband who looked out for my "best interests". Of course, I had no energy for riding much farther than a couple of miles.

April: Still no energy, which meant that I did not participate in Paul's Ride for Life. I took Lily the hybrid and Beatrix the loop-frame to the bike shop for a check up in hopes that I'd be cycling again.

May: Brain surgery for husband. (The MRI ordered by his audiologist in April showed a mass, and three weeks later he was in the OR having a rock the size of a tennis ball removed from his head.) I spent the first half of the month driving 60 miles round trip to keep him company in various hospitals and the second half working at home so that I could keep an eye on him.

I did participate in Bike to Work Day on May 17 even though it felt like a cheat. I mean, I'd already registered and I did sort of ride to work; I just happened to be working from home... Nice swag, though. I loved this year's t-shirt and water bottle color. The Sterling/Orbital stop also had reflective wrist bands with LEDs. Sweet for night time hand signals.

This week I made a couple of shopping trips via bicycle and they haven't wiped me out. Of course, the grocery store is only 1.5 miles away.

Sunday is the National Capital Area's Tour de Cure and I'm nervous about it. I'm riding the 14 mile route from Reston to Vienna and back with a girlfriend and I just don't know if I'll be able to do it. Scott thinks that the excitement surrounding the event will pump up my stamina. I think that the heat and humidity will crush it back down. It's not a race, it's not a race, it's not a race... And if I have to turn around early, that's okay.

Here's hoping my stamina improves so I can get back on the trail and roads before too much longer. I'm itching to feel the wind in my face and bugs in my teeth. Okay, maybe not so much with the bugs, but there are a lot of cicadas out there...
Posted by Melanie Suzanne at 10:53 AM 7 comments:

Cold weather and recuperating from surgery have kept me off the bike for most of the year, but I'm eagerly awaiting being cleared for riding soon so I can again enjoy life on two wheels. My babies are primed and ready to roll. I even took Lily in to have the annoying clicking sound when I was in my favorite gear fixed (the rear derailleur was out of alignment, doh!).

I hope beyond hope that I get cleared to ride at my appointment on Thursday and can do the short route of Paul's Ride for Life on Saturday. Please, oh please, oh please.

See you on the trail soon!
Posted by Melanie Suzanne at 10:35 AM 4 comments:

Local cycling ladies: the next installment of Upon a Bike's Women in Cycling Seminar Series is tonight at 7pm at the Vienna branch of Spokes, Etc. Tonight's class focuses on nutrition and weight management. Here's the blurb from Upon a Bike's site:


"Many run, bike, swim, etc to lose or control their weight. But do you know the facts? We'll discuss calories and food groups as well as how nutrition and eating ties into cycling and weight management."

Hope to see you there!
Posted by Melanie Suzanne at 9:52 AM 2 comments:

55F, sunny, 23mph wind gusting to 35mph: Yeah, sure. I'll happily -- well, maybe not happily, considering the wind -- ride in that for miles and miles and miles. 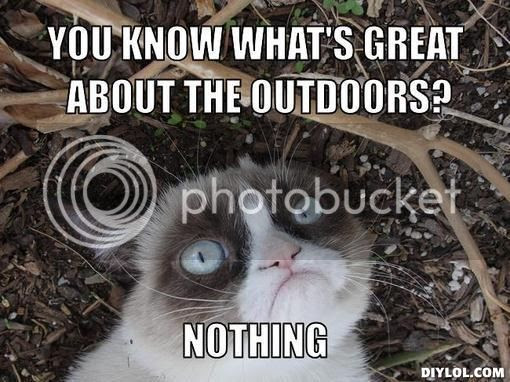 Call me a wuss. I can take it. I can also keep my toes, fingers, and nose.
Posted by Melanie Suzanne at 12:57 PM 3 comments:

Women in Cycling Series: "The Bike: How It Works and How to Buy One"

Kathy Rosen of Upon a Bike presented a lively and informative introductory seminar on the bicycle's parts and choosing the right type for one's planned activities. Kathy had a bike on a stand and detailed every part so that we'd know what to tell a mechanic when there was a problem to be fixed. She then asked each person whether they currently had a bike (and told me I was too "advanced" for the class when I answered with "four", heh) and how she planned to use that bicycle. The answers ranged from commuting to exercise to playing with the kids.

I felt that the lecture part of the class focused primarily on using road bikes for activities, but that might be my own prejudice flaring up since I'm still afraid of my own road bike. A few women seemed apprehensive about that choice, but Kathy took us around the Vienna Spokes, Etc. to show us the wide variety of bikes available. She outlined the pros and cons of each and that relieved the more timid in the audience.

Because Kathy had called me a "ringer", a few women asked me more about my bikes and my opinion on what would be good for them. I pretty much echoed Kathy's suggestion that they borrow a bike from a friend and test ride lots of bikes to see what felt good to them. While I LOVE my hybrid, that doesn't mean they'd love it as well.

I wound up talking one on one with Kathy about riding for weight loss because she'd mentioned that she'd lost forty pounds thanks to cycling. My experience has been nearly completely the opposite because I get so hungry when I ride. She asked if I was riding for distance and said that I should try interval riding instead. Happily, the February seminar will focus on nutrition and weight management. I'm looking forward to that. The following classes with deal with confidence on the open road and roadside maintenance.
Posted by Melanie Suzanne at 12:31 PM 3 comments: